The ABC uses Adelaide indie hothouse to learn virtual production, and gets a good feed too.
David Tiley 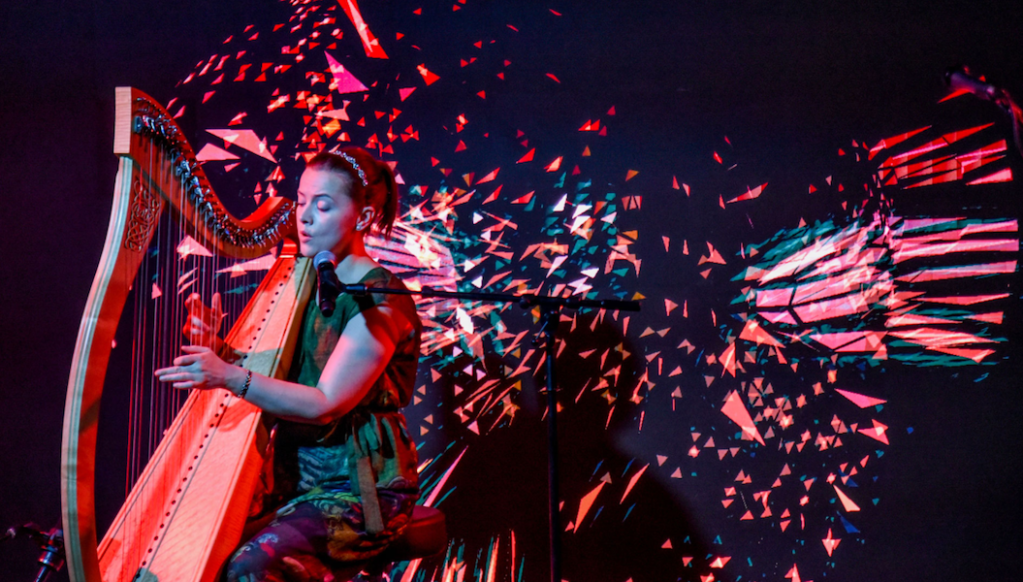 Virtual production is a jargon-drenched game changer in the screen sector. Replace a set with an enormous array of LED screens, and you can do all that complicated work with the visuals that we know from our computers, beefed up with the remarkable real time animation techniques pioneered in the games industry.

Virtual screen production integrate characters into realistic worlds, on the fly, so all the elements, including the cameras and lights, can move coherently, obeying the laws of physics and visual proportion. It can solve a wide array of production issues, but there are substantial barriers to entry.

Until recently, Nathan Bazley was the XR / Immersive Technology Lead (AR, VR, VP and interactive content) for the ABC, which he arrived at by working on Behind the News and gravitating towards Aunties’ VR work. Through his new multipurpose studio and performance space, Light Lab, he’s helping the ABC (and the broader community) crack the virtual production code.

The ABC’s problem with virtual production

As Bazley explained to Screenhub, ‘I was looking at virtual production as a really effective tool of the future for filmmakers all over, especially in post COVID times where being able to travel to locations is nowhere near as easy. As we were looking at how we were going to get this up and running within the ABC, we realised that no one within the organisation had any experience or inherent skills in filming against an LED screen, about making those dynamic backgrounds and environments that are needed for virtual production.’

The ABC needed to look outside the organisation get into the field, but commercial facilities could easily cost around $40-$50,000 per week.

Enter the world of Light

Bazley’s search for a training ground led him to Sophie and Nick Dunstone, who had come home to Adelaide after working in finance in Sydney, London and Hong Kong for 20 years. As Nick Dunstone explained, ‘We have provided the capital philanthropically to build a creative hub for technologies, both for a use case, and for the opportunity to open up people’s learning to work out what digital immersion can do for film, for performance, for music.’

Named after the square which houses the four story building, Light is a $9 million project with a classy restaurant, a cafe, an outdoor area and high technology facilities. The initial focus was on food, with a substantial training component for emerging hospitality professionals, but the underlying plan is about integration.

Light is also a flexible performance space, in which musicians and actors can play directly to audiences who are well fed and have plenty of venues in which they can hang out. That all makes perfect sense – it has been the core of cinema exhibition for a long time. But there is an extra twist to Light which is transformative.

‘The genesis of Light,’ said Dunstone, ‘was a desire to bring performance into a new engaging and experimental platform for creatives in Australia. LED screens have progressed so much in terms of capacity and cost efficiency they provide the vehicle for artists to take their audiences anywhere, or to any place, or do anything that can be imagined.’

Getting real and going virtual

So they built a lab which enabled them to mount LED screens around a performance space, with the interactive gear to go far beyond back projected scenery. Light has hosted around 80 performances since it opened in February. ‘Most of them have been music focused, because that’s the easiest way of bumping people in and out but then the musicians and the artists will work with my technical people to decide what is the environment that they want to create. And that’s pretty fast and efficient.

‘In the film world it can be as simple as you’re launching new music video clips and spraying them all around the entire room so that everyone’s immersed in that environment using a 360 camera of a particular place where that music was written, or had some significance to the music.’

‘We’ve seen artists experiment with the ways in which digital immersion and LED screens can provide engaging new experiences for artists, for their audiences, as well as really open people’s minds to the way in which the digital can create collective human experiences.’

The Dunstone’s wisely recruited name chefs for the organisation, and a board sprinkled with prominent local arts practitioners and managers. Among them is Tony Clark, the owner of Rising Sun Pictures, master of an internationally recognised visual effects company.

Clark introduced them to the idea of spreading from live performance into screen storytelling. Nick Dunstone remembered, ‘He said, what you’re creating is world leading in morphing film, gaming and performance together to create in human experiences, but the film world is at the top of the curve in terms of the way in which LED screens can bring environments to life. And so for us engaging with the film world, the advertising world, the music video world is a natural way of exploring the limits and possibilities – not just for filming but for people who are actually in the room.’

‘One of our early conversations between Nick and myself was around this fortuitous situation where his mission to bring the technology to live performance also created the perfect breeding ground for virtual production as well,’ Bazley said.

Light and the ABC created a formal partnership which enabled staff to learn and experiment, partner with external experts, and create viable productions without time and cost pressure. In return, Light built a true studio with a larger LED array based on three squash courts with space for 150 square metres of screens stretching 4m high on three sides of a room with a 5m by 5m LED floor. Not Disney, but a great space to play and absorb new technology.

Nicholas Dunstone relishes the small size. As far as he is concerned, the studio scale companies who are developing LED systems with huge budgets also stifle creativity: ‘The moment you put it inside a problem solving culture with restaurants and bars, you really open up people’s minds to the way they can be creative, with mindbendingly amazing assets. So we have built an incubator, an accelerator for creativity in the hands of the people we know are going to be most creative, and that’s not the old people like us. That’s the young people that are open, and cross pollinated across the digital the gaming, the film the music, the performance. They’re the people that we’re creating this for.’

This is a familiar model which has been tried many times across the Australian screen renaissance; we can hear the hollow laughs from Screen Resource Organisations. But they were underfunded, and doomed to operate on the emerging fringe, away from the centres of power. How often has the ABC done business with a community based production organisation? Virtually never.

The problem of revenue

But philanthropy is not an open tap. The start-up finance is not chained to company value or turning a profit, and the Dunstones hope Light will cross-subsidise those experimental facilities through the ABC, and making their facilities available for commercial production. The space itself will be worked hard for corporate functions.

While the income problem never goes away, the Light facility will enable producers to work with the ABC in the studio, actors will use the building to rehearse and perform, while the musicians will keep the place bopping.

For the Adelaide production community, it will be fertile ground to embrace transforming technologies, to experiment and share beyond the lash of budgets and schedules.