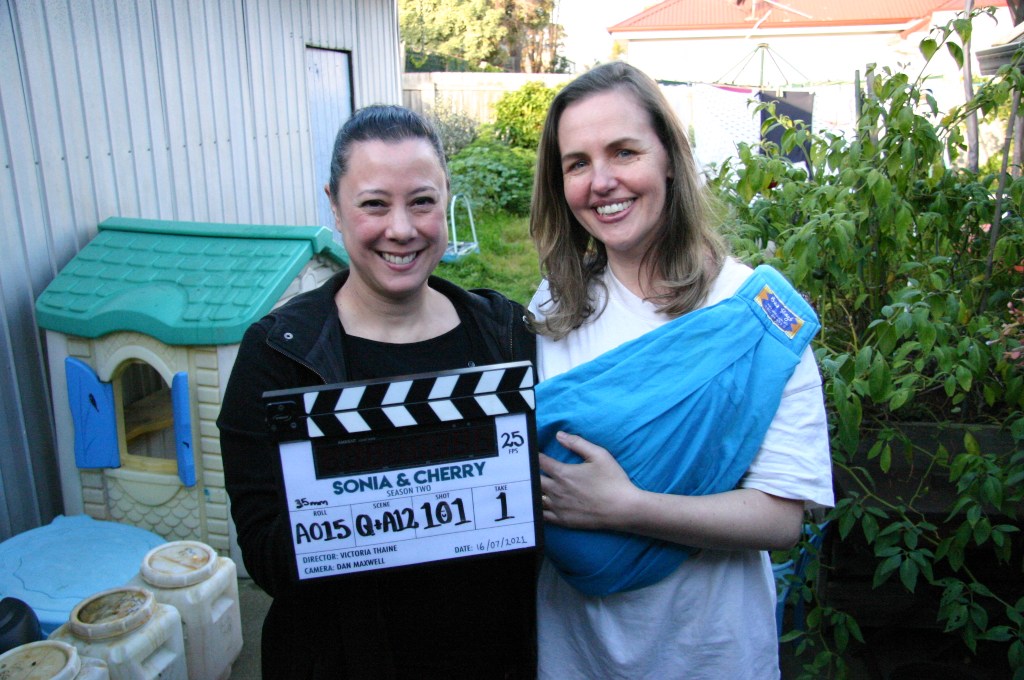 On the set of Sonia & Cherry: Naomi Mullholland and Victoria Thaine of Cloudberry Films. Image supplied.

Victoria Thaine is a familiar face to anyone who watches Australian film and television. She’s starred in everything from Caterpillar Wish to The Loved Ones, Rush, Rake and Rainshadow (for which she was nominated for a Silver Logie). Most recently, however, Thaine has been seen on Youtube, starring in odd-couple comic web series Sonia & Cherry, where she plays an overly zealous attachment-style mother whose best friend (Petra Yared, Crownies, Offspring) doesn’t care what her kids do as long as it shuts them up.