Playing the strategy game at the Cannes international market

Away from the pain of Lebanon, Daizy Gedeon adapts to the trappings of glamour to raise money for her documentary.
David Tiley 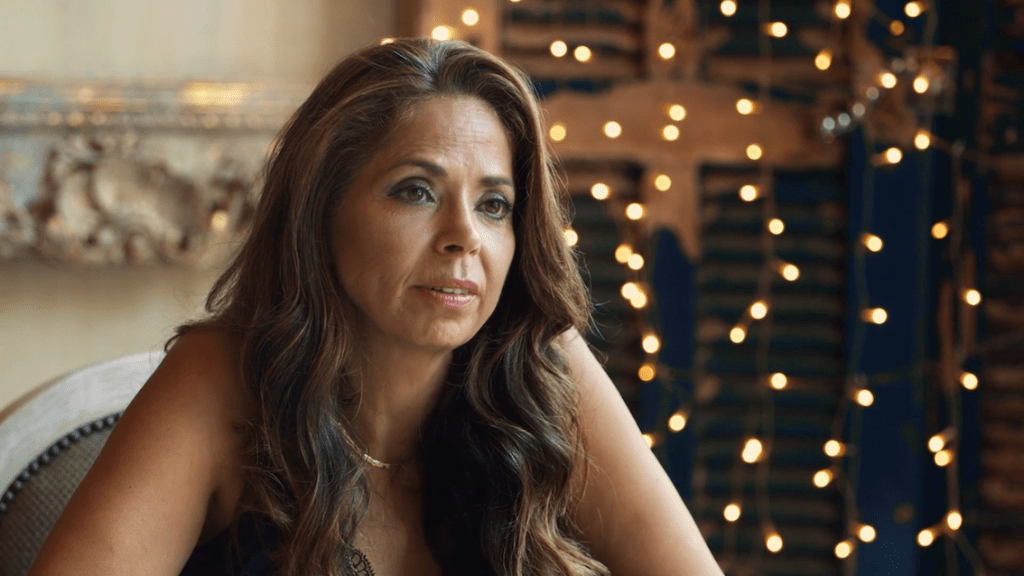 As she told Screenhub on the phone from a street cafe on La Croisette, ‘I got invited to attend the Red Carpet for one of the films in the Official Screenings, which was awesome. Honestly, you have to enjoy those moments in life. It’s an expression of humanity too – we are not all just serious even though we are telling stories every single day in our lives.’

She is a flamboyant, driven person, full of words and energy. She brought a frock for the occasion, but it is ten years old. ‘It cost me 2000 Euros and I’ve only worn it once but it is a beautiful thing. Fortunately, I still fit into it’, she said.

From print to film

Born in Lebanon, Daizey Gedeon grew up in Sydney, part of the 16 million-strong Lebanese diaspora. She became a journalist, worked for News Ltd, and became their first woman sports journalist. She covered the 1988 Olympics at Seoul and took off to explore the world, including Lebanon, her ancestral country. She fell in love with the place.

Back in Australia, she asked to be moved to the foreign desk. She travelled extensively in the Middle East, covering pivotal events, soaking up the politics. Then she made a fateful move sideways.

‘I was working at the Times,’ she said, ‘but I applied to work for Channel Four as a journalist. I had to pull pieces of news together for the morning news program and put the words to the visuals. People say I’m a filmmaker, but really, I’ve made two films in my life, I’m a journalist. My true heart is journalism.’

Ultimately she ended up in Australia with a husband, three children, and GDR, a marketing company that she maintained as a side hustle. It grew beyond that, and provides a financial spine for her filmmaking life.

She went back to Lebanon in 2017 to cover the reconstruction of the country after the civil war, using a small local crew. Somewhere in there her marriage fell apart, while Lebanon descended into chaos. With Screen Australia support and an experienced crew she returned to Beirut, determined to re-interrogate a country which she had only seen superficially. Ultimately the footage covered four years and was shot around the world.

With a viable cut to show investors, she badly needed the sales agents, distributors, and deals to finish the film. But she is a very determined hustler, and knows the value of a good alliance.

‘My life is intense’, she said. ‘I live three lives, I’m so purpose-driven I don’t have much of a social life. I prioritise my children but their dad’s around so we have 50-50 custody.’ They are all nearly grown-up anyway. ‘You can do so much when you want to, in all honesty, you can achieve so much.’

She connected with The Film Collaborative which describes itself as ‘the first nonprofit focused on distribution-education. TFC educates filmmakers about and helps filmmakers with all aspects of distribution without taking rights. TFC believes in and stands by our three taglines: “filmmakers first.”, “nonprofit, on purpose”, and “we don’t own your rights…you do!”

Now 17 years old, it is currently supporting films like Welcome to Chechnya, Disclosure and Kill Chain: The Cyber War on American’s Elections. Through them Gedeon entered her film in the Movies That Matter competition held by filmfestivals.com; the finale is hosted in Cannes during the market around the festival by The Better World Fund. Dutch/Belgian MTM also holds a festival in April each year, with separate awards for completed films.

When Daizey Gedeon walked out in her best frock to receive her award it was personally satisfying, but also a very useful strategic achievement. Over the next week she screened her film in the market, already known to useful financiers and film festival scouts, and supported by French executive Bruno Chatelin, cofounder of FilmFestivals.com and owner-consultant at Major Buzz Factory.

Enough! Lebanon’s Darkest Hour is a feature documentary about the creation of a failed state, and the experience of surviving in a desperate world where the most basic services are swept away. According to FilmFestivals.com, it ‘follows Australian-Lebanese filmmaker Daizy Gedeon’s personal and independent introspection into how her ancestral homeland, the place her family was forced to flee in the 1970s because of the Civil War, has ended up in a state of complete catastrophe. It is a story of awakening in which Daizy is forced to abandon her idealism about Lebanon and face the cold, harsh truth about the country’s dark underbelly which is its most sinister enemy.

‘Daizy prosecutes the case against the corrupt political class which has reduced a proud people to beg for garbage collection instead of greatness and negotiate potholes rather than peace.’

It is produced by Sydney producers Patrick Rohr and Ronny John Paul Mouawad, shot by Justin Hanrahan ACS, and edited by Marcus D’Arcy, with music by Georges Tomb.