Getting educational with your kid’s isolation screentime

Here are some of the best educational games, apps and shows to help you supervise your child's learning from home.
ScreenHub 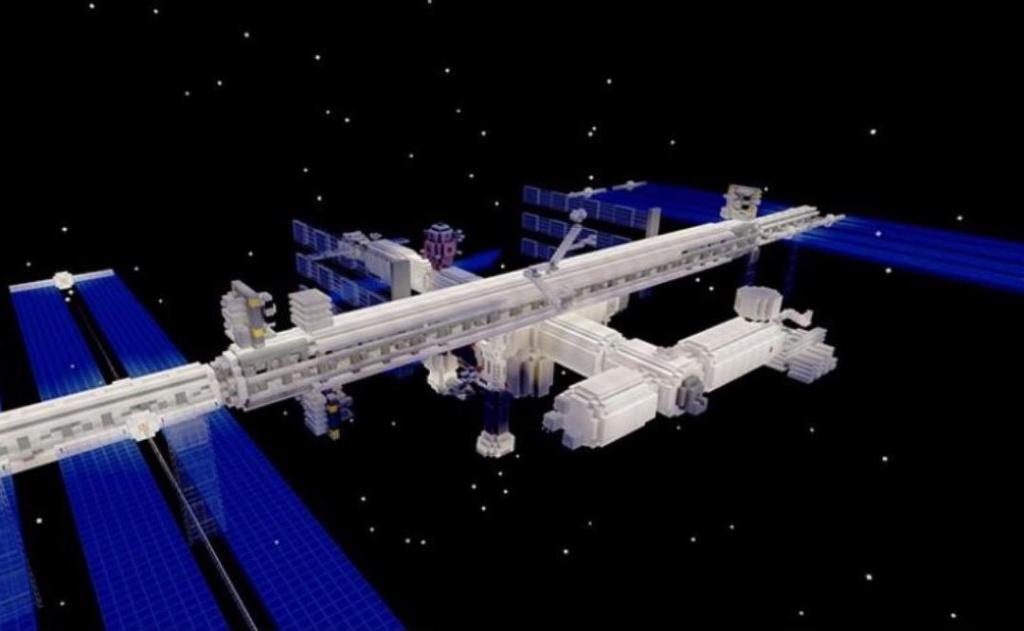 In Minecraft Educational Edition, you can explore the ISS, and learn invaluable STEM skills. Image via Microsoft.

Look, let’s say it like it is: however much you love and cherish your children, having them home all the time can be tough! As parents across the country face another school term at home, we’ve compiled some of the best ways you can give your kid the screen time they crave with a secret dose of education.

ABC Education has a fantastic array of learning games available in-browser. Like many parents who suddenly find themselves thrown into the role of headmaster of homeschool, ArtsHub’s Content Director George Dunford has found their content to be a sanity saver. He says, ‘Our kid has become obsessed with Spell Block Academy, a game that brings together English skills for early to mid primary schoolers with a wizarding quest. The visual style is suitably toony, and gameplay is quick to get the hang of – players are presented with a word that is missing letters which take the form of tumbling blocks to complete the word. Between the 80-odd levels your players buy spell books and magical artefacts that have a bit of humour thrown in (when buying sarcasm beans the wizard host warns that when he ate them he lost a lot of friends). It’s been a good builder of skills and vocabulary – though you may find your family conversations including words like “Elysium” more often.’

You can play Spell Block Academy for free on the ABC Education website here.

Epic! is a digital library for smartphones and tablets. The Epic! library includes over 35,000 books from around the world, as well as educational videos and quizzes. Currently, it supports Spanish and English, and its collection is designed for children aged 12 and under. Apps like these are a great way to reroute your kid’s ravenous hunger for screen time towards reading, and members can curate reading collections of their own: check out this member-curated collection of Australian reads on the platform! You can curate sets of books for your child, or let them explore on your own. Best of all, one membership allows up to four reader profiles, so multiple kids can develop their own profiles and collections, without arguments.

Dragonbox is an international hit when it comes to maths games for kids. The series is designed to teach algebra through a series of brightly coloured mini games, for children of primary school up to secondary school age.

Dragonbox offer a series of different packages and products, each focussed on a different age group or skill set. Each individual lesson within a Dragonbox game contributes to a larger campaign, which helps consolidate knowledge, and provides the student with a sense of broader purpose.

While Dragonbox are best known for their educational content for primary school children, they’ve also developed some products for high schoolers. Games like Dragonbox: Algebra 12+ will be a total lifesaver for parents who have found that supervising a home schooled teen has thrown them in at the mathematical deep-end. Phew!

If your kid is studying French or Spanish at school (or just looking for some pandemic self-improvement) Duolingo Kids is a great, accessible way to practice that might be an easier sell than regular revision. Currently only available for iOS, the Duolingo Kids app offers a range of educational games that try to teach your child’s conversational language skills. They will start with vocabulary and building quickly to whole sentences, unlocking new levels and earning crowns as they go.

Older kids may even enjoy Duolingo proper; the popular language-learning app offers a much wider array of languages, and, while slightly less gamified, still offers addictive incentives to visit the app every day to keep developing your language skills.

For collaboration and creativity: Minecraft, Microsoft

Minecrafthas won the hearts of adults and children alike, but for the the uninitiated, it kind of looks like any other videogame. Block colours, geometric art style, the occasional angry enemy – totally generic, right? Wrong!

Try to think of Minecraft as digital Lego. The core principle of the game is that you gather resources, then use them to build increasingly complex things, from tools to modes of transport to a home. Each generated world gives kids a place for extensive creative building and play; whether you choose to explore widely, fight enemies, focus on farming or build something elaborate,

Minecraft lets you work at your own pace on the projects you choose. Not everyone is going to want to recreate Minas Tirith or build a working computer, but with enough dedication, the option is there. Whether you’re playing in Survival Mode, where you have to find and gather resources yourself, or Creative Mode, where you have infinite resources at your disposal, the game encourages independent learning and creativity. Collaborative servers also allow players to build and explore alongside their friends, which can help maintain strong social connections

Game developer Leena Van Deventer praises the way the game rewards curiosity: ‘My youngest is seven, and has decided he’s going to be a geologist. He researches all kinds of ores, rocks, and gems, mainly sparked by his love of Minecraft. I often hear paleontologists say that watching Jurassic Park inspired them to do that job, and I can’t help but wonder if Minecraft will encourage a new generation of geologists, and people interested in what’s under the earth.’

Collaborative servers also allow a player to build and explore alongside their friends, which can help maintain strong social connections, as well as creating situations where children and teenagers will have to collaborate on rules and terms for their shared spaces.

For parents who might feel a little overwhelmed at the prospect of supporting their children in computer sciences and maths, Minecraft Education Edition could be an absolutely invaluable tool. For this offshoot of the popular game, Microsoft has developed a series of education-specific tools and servers filled with activities, objects and contexts to help educate kids age 11-16 in a variety of subjects, but particularly in computer science.

These programs are free to download from Minecraft Marketplace. The units offer kids a creative opportunity to learn how to code, as well as seeing practical in-game applications for skills like learning to automate tasks using code. For parents who might feel a little overwhelmed at the prospect of supporting their children in computer sciences and maths, this is an  invaluable tool.

Minecraft Education Edition Worlds also allows kids to view historic (or even mythical) locations 3D and up close, exploring their architecture while learning about their history, from Mount Olympus, where students can learn about the pantheon of Ancient Greek gods and goddesses, to real life locations like the International Space Station or the Taj Mahal.

Once your kids have spent some time building creatively, why not unwind with a show that celebrates the same? ArtsHub’s CFO Jacqui Burley says that while her kids have stayed happily connected with their friends via online games, and social media apps like TikTok, Lego Masters has been a great way for her family to bond.

The show sees teams compete against each other and against the clock to create ever more ambitious lego creations, for the chance to win the illustrious title of Lego Master.
Burley describes the program as a ‘godsend this week in isolation … this show really brings us together as a family and is suitable for all ages.’ The competition and imagination appeals to kids and adults alike, and provides creative inspiration for people of all ages. So if you’re feeling a bit stuck for activities, stock up on blocks and get to watching!
For downtime: BLUEY, ABC iView

ArtsHub writer Brooke Boland has been rewatching Bluey with her 19 month old child. She says that while they’ve watched them all before, the episodes stand up to a rewatch. She describes it as ‘an excellent Australian children’s program for adults and kids to enjoy together – the ‘Sleepytime’ episode is my new favourite.’

Richard Watts affirms that you don’t have to have small children to enjoy this adorable, Australian-made animated series. He recommends an episode or two as ‘just the tonic for these uncertain times – I swear I’ve cried happily at almost every episode I’ve watched, often while laughing at the same time. Watching Bluey always leaves me feeling uplifted. Perhaps it will work the same magic on you?’