Films 2022: coming to cinemas in Australia from July to December

These 13 flicks will be in cinemas over the second half of 2022.
Silvi Vann-Wall 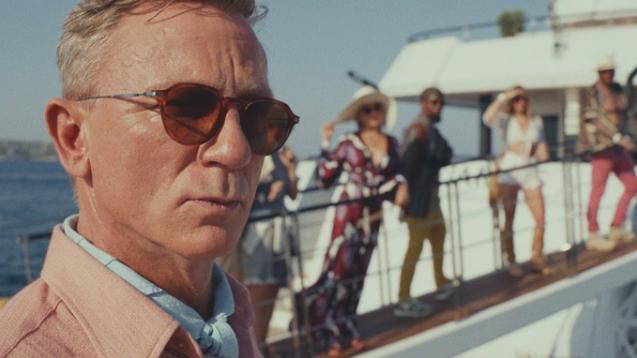 It’s been a ripper year of films so far, but there’s plenty more to look forward to. Here’s a selection of 13 upcoming movies you can catch in cinemas from July onwards.

Where the Crawdads Sing

Synopsis: Abandoned as a girl, Kya raised herself in the dangerous marshlands of North Carolina. For years, rumours of the marsh girl haunted Barkley Cove, isolating Kya from her community. Drawn to two young men from town, she opens herself to a new and startling world. However, when one of them is found dead, Kya immediately becomes the main suspect.

Why we’re excited: It’s adapted from the bestselling novel of the same name – and Taylor Swift is singing on the soundtrack.

Why we’re excited: Jordan Peele’s Get Out and Us are without a doubt the defining horror films of our time. Details about Nope have been kept tightly under wraps, to the point where we really have no idea what it’s about and that makes us want it more.

Read: Streaming in 2022: what TV shows to stream from July to December

The Reason I Jump

Synopsis: Based on the best-selling book by Naoki Higashida, this film is an immersive cinematic exploration of neuro-diversity through the experiences of nonspeaking autistic people from around the world. The film blends Higashida’s revelatory insights into autism, written when he was just 13, with intimate portraits of five young people.

Where to watch: In cinemas

Why we’re excited: Neuro-diversity is not particularly well-represented in cinema (or anywhere, for that matter), so to see a film about AND by nonspeaking autistic people is fantastic.

Synopsis: A delicate drama that follows a shy nine-year-old who has been separated from her immediate family and left in the care of two distant relatives for the summer. After sun-dappled days spent milking cows, peeling potatoes, and fetching water from the well, the initially uncommunicative child soon opens up to her foster parents.

Why we’re excited: The film was the first Gaelic language feature to compete at Berlin, and it looks like a stunning emotional ride.

The Mountain (aka The Survival of Kindness)

Synopsis: In a cage on a trailer in the middle of the desert, BlackWoman is abandoned. But BlackWoman seems not ready to pass … she escapes, and walks through pestilence and persecution, from desert to mountain to city, to find those who left her to die. The responsible powerful are reluctant to release their privilege, and BlackWoman, escaping once more, must find solace in her beginnings.

Synopsis: Of An Age depicts a brief but lingering romance between two young men over the course of one summer’s day in 1999. Distinctly Australian, the film captures outer Melbourne suburbia, where these two boys are at the crossroads of queer desire and teenage dreams.

Where to watch: The film will open this year’s MIFF, after which we can look forward to a wider cinematic release.

Why we’re excited: Melbourne-based director Goran Stolevski made it to Variety’s 10 Directors to Watch for 2022 for his horror outing You Won’t Be Alone – and we can’t wait to see what he does with a queer romance story.

Mona Lisa and the Blood Moon

Synopsis: A young girl with special abilities escapes from an asylum in New Orleans. She enters back into the chaotic reality around her, making unexpected allies along the way.

Why we’re excited: Director Ana Lily Amirpour really impressed with A Girl Walks Home Alone At Night, and this one looks to be an equally exciting and stylish fantasy-thriller.

Glass Onion: A Knives Out Mystery

Synopsis: Detective Benoit Blanc travels to Greece to peel back the layers of a mystery involving a new cast of suspects. The sequel to Knives Out.

Where to watch: In cinema and on Netflix.

Why we’re excited: Daniel Craig and his foghorn-leghorn accent is back in another murder mystery romp from Rian Johnson.

Synopsis: Alice and Jack are lucky to be living in the idealised community of Victory, the experimental town housing the men who work for the top-secret Victory Project and their families. Life is perfect, with every resident’s needs met by the company. All they ask in return is discretion and unquestioning commitment to the Victory cause. But when cracks in their idyllic life begin to appear, Alice can’t help questioning exactly what they’re doing in Victory, and why.

Why we’re excited: I’ll eat up anything Florence Pugh does, and I’m not just talking about her Instagram cooking. Harry Styles is also there, I guess.

Synopsis: A portrait of the formative years of Steven Spielberg, before he became a celebrated director. It stars Michelle Williams, Seth Rogen, Paul Dano, and Gabriel LaBelle, the latter of whom plays the lead role of Sammy Fabelman, a young aspiring filmmaker based on Spielberg.

Why we’re excited: Spielberg has really been getting back into his groove lately – West Side Story was stupendous. Is there any doubt he’ll nail a film that’s based on his own charmed life?

Synopsis: Explores every facet of Weird Al Yankovic’s life, from his meteoric rise to fame with early hits like Eat It and Like a Surgeon to his ‘torrid celebrity love affairs’ and ‘famously depraved lifestyle’.

Synopsis: The sequel to Black Panther and Avengers: Endgame, Black Panther: Wakanda Forever will continue to explore the incomparable world of Wakanda and all of the rich and varied characters introduced in the first film.

Why we’re excited: Very few details have been revealed about Wakanda Forever, but there are strong hints that Black Panther’s sister Shuri will be taking up the mantle.

Synopsis: Follows a group of women in an isolated Mennonite religious colony in Bolivia as they struggle to reconcile their faith with a series of sexual assaults committed by the colony’s men. Based on the novel of the same name.