The future is in the balance as you wait for a university offer to determine what you do with 2015. But don't just tread water while you wait.
Troy Nankervis
[This is archived content and may not display in the originally intended format.] 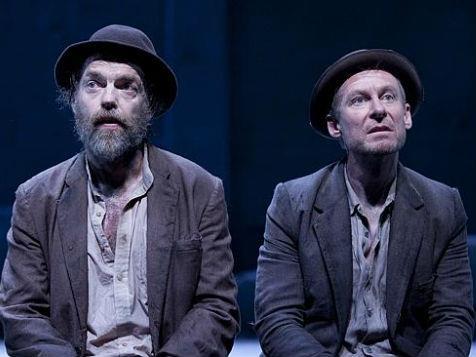 When Manda Flannery applied to three performing arts programs starting in 2015, she landed first and second round auditions for all of them. Now biding her time as she waits to receive formal offers, Flannery said the waiting game is ‘infuriating’. ‘It’s really hard, especially when you know the date to be expecting a call,’ she said.

‘Since you have that date in your head, you can’t do anything until you know. Everyone knows my life is on hold. I was keeping myself busy all up until last week, and now I’ve had days of having nothing to do.’

Around the country, applicants like Flannery will soon learn if they have gained a spot into one of the many academic programs across the creative arts disciplines. It is a window of time which will solidify goals and dreams, but for others it may also see a dramatic change of tact and direction.

Head of Studies at the National Art School (NAS) Simon Cooper told ArtsHub he is interviewing applicants for the Bachelor of Fine Arts program, and first round offers to most institutions would appear formally in late January, if not sooner. ‘That’s going to be the most important milestone for students to know how they went,’ he said.

In the meantime, Cooper said students should try their best to relax. ‘As hard as it is, there’s not much you can do. You’ve had your interview, you’ve had your exams, you should just take a little break, take a breather,’ he said.

‘Try to be positive, and really use that time to think about “what am I going to do when I get that offer?”

‘Just be sure that you’re ready to accept that psychologically, because are you really ready to commit to three years of study in the visual arts? You have to really be committed, we don’t make offers lightly.’

Melbourne dance instructors Ariel Bud and Deb Cantoni are the founders of The Space, and held the bulk of their auditions during September. As they approach the tail end of the selection process, the final opportunity for applicants is the forthcoming late audition, to be held on Thursday 18 December at the Prahran studios.

With a success rate of about one in three, Bud said the school selects dancers on the basis of their attitude. ‘We only take students who we generally think have a chance of a career in the performing arts industry. Some we might offer on the day if we’re really impressed with the interview, sometimes we have a think for a couple of days and we might invite them back for a second interview,’ he said.

While Cantoni said it’s common to receive offers from multiple institutions, applicants need to make up their minds once offers come out so that others don’t miss out. ‘Don’t wait around for the ultimate one. Say for us, we’ve now only got one or two spots available, rather than the 25 spots we originally offered,’ she said.

Flannery said students should also be thinking about what to do if their first preferences don’t materialise. ‘A friend has just finished her first year at WAAPA and has been telling me how many people got call backs in each city, so I’m just weighing up in my head to trust that you are one in three, one in four if you are waiting to hear from a call back,’ she said.

‘If you’re down to the final few, that’s impressive. Be proud that you’ve got there. Imagine yourself there, but also imagine what you’ll do otherwise, because if you don’t get in, then neither is a disappointment.

‘This is my third time auditioning for these schools and this is the first time that I have gotten a call back for any of them. Your headspace is so important. Surround yourself with positive people who believe in you. I’m in a totally different headspace to where I was 12 months ago. Now I’m so much more relaxed and trusting of myself.’

Cooper said if an institution sends an offer, it’s because they genuinely think you would be good at whatever they are offering. ‘Try to not be overwhelmed with trying to decide something for the rest of your life … [rather] think about what to do for the next few years,’ he said.

‘There are other schools, we are not the only game in town. Generally, there are enough places to go around whether or not applicants get into the school they wanted. Some might be thinking they bombed in that audition, or that interview, and it can feel like that, but remember you should not second guess that. They should approach it with confidence. We prefer they leave that judgment to us.’

Melbourne musician Daniela Lucchetti was ‘shaking like a leaf’ when she auditioned for the Victorian College of the Arts several weeks ago. ‘My heart was pounding the whole time,’ she said.

Despite her nerves, Lucchetti is staying open minded for the anticipated acceptance letter, phone call or email. This comes after she failed to progress through to the second audition round, but the judging panel then changed their mind. ‘You never know what’s going to happen,’ she said.

‘I’ve given it my absolute best, now I’ll leave it in fate’s hands. If I’m meant to be there, I’ll be there. Like my callback audition, I didn’t think I’d get a call back then something changed.

‘So many different people I have spoken to have had so many unique experiences, you really don’t know what the panel are going to think. I showed the potential I have and ultimately I think that’s what they’re looking for – potential, not perfection.’