The staggering complexity of the American welfare system – and the countless personal dramas it seeks to accommodate – are captured by Frederick Wiseman’s compassionate eye.

Wiseman sets the tone and focus right out of the blocks in this observational, narration-free documentary set mostly in Manhattan’s Waverley Welfare Centre, when a young First Nations man plaintively exclaims, “I’m a human being!” It’s a wrenching plea for dignity that echoes throughout the scenes that follow, as a succession of weary citizens navigate labyrinthine departments and bureaucratic processes in order to qualify for social security, food stamps and pensions. Harried caseworkers and supervisors mostly exercise latitude where they can, with a striking exception or two. If the subject sounds bleak, the candour and directness of the protagonists is utterly disarming.

During one interview, a now destitute former teacher invokes Beckett’s Godot; and a compelling exchange between a bigoted, middle-aged ex-Marine and a 22-year-old Black Vietnam veteran encapsulates the deeply entrenched divisions that continue to be weaponised in American society.

Produced in 1975, a handful of years before Reaganomics and the four decades (and counting) of Neo-liberalism that followed, one wonders at the resilience of citizens and the willingness or viability of the state to continue to uphold the social contract that binds the two. 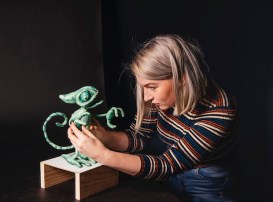