Armenia’s history in animation had begun 70 years prior, with the release of the first Armenian film, Lev Atamanov’s (né Levon Atamanyan) The Dog and the Cat in 1938.

In striving to honor the craft in both spirit and in name, the Festival has since reintroduced the art of animated filmmaking to Armenian audiences.

The festival includes a selection of highly anticipated non-commercial features and shorts with 15 in-competition and non-competition programs and a Market Forum for Animation Professionals (MARANI). The festival also offers an array of practical workshops, seminars, master classes and lectures presented by a host of global industry talent.

The festival has become a platform for development and promotion even beyond Armenia’s borders. As the largest event in the South Caucasus (and the most unique within its class), ReAnimania is playing an integral role in bridging east and west. It is becoming one of the most important emerging festivals, receiving over a thousand film submissions and attracting tens of thousands from around the world. In its 8th edition, ReAnimania is already becoming one of the most important young animation film festivals from all over the world, welcoming competitors, visitors and animation lovers from more than 75 countries.

ReAnimania’s aim is to expand and extend the border of Armenia through the Art of Animation and Animated films.

Therefore, here is a NEWS!
ReAnimania Int. Animation Film Festival is proud to announce the Launch of ReAbroad

What is ReAON?
ReAON is an Online Animation Film Festival that will run parallel to ReAnimania IAFCAFY, end of each October every year, YET, ReAON will be ON until mid of December to give an opportunity for larger number of Animation fans to watch and meet latest updates and movies.
ReAON platform will give a chance to its followers, animated movie professionals, artists, filmmakers and animated movie fans to join ReAnimania from all over the world and follow up with latest hits in animated movies and classics through its new platform ReAON.
ReAON will be accessible to its online audience, wherever they are in the world, and whoever holds (Purchases) Online Badge/Accreditation, during the festival dates will parallely BE PART OF ReAnimania EVENT!

This is a UNIQUE opportunity for those who want to keep with the heartbeats of animation world, yet cannot travel for many reasons. NOW YOU CAN BE THERE FOR THE HITS, while you are sitting at home.

ReAON platform, will give the chance of viewing those movies the directors of which have signed and agreed to join ReAON online animation festival, in case of
– Selection in official competition.
– Possibility of selection out of competition program.
– Movies/filmmakers who do not agree on taking part in ReAON platform, in case of being selected in official competition, their movies will be only viewed at Traditional, physical festival on the ground as usual, their choice will be fully respected.
YOU CAN EASILY JOIN us by purchasing your badge (Early bird special price) here: (Link to buy your badge will be activated in mid of March)
The Opening of Online Accreditation will be soon launched!

ReAnimania’s motto is: “Life is a Picture, Make the Picture Come to Life.”

· Please be informed, the submission is with fee.
· Please visit ReAnimania’s Link for the payment.
· Or submit directly through ReAnimania’s website (https://reanimania.com/submit-a-film). 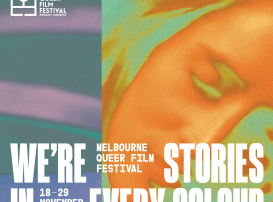 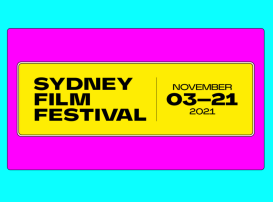 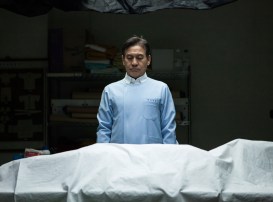