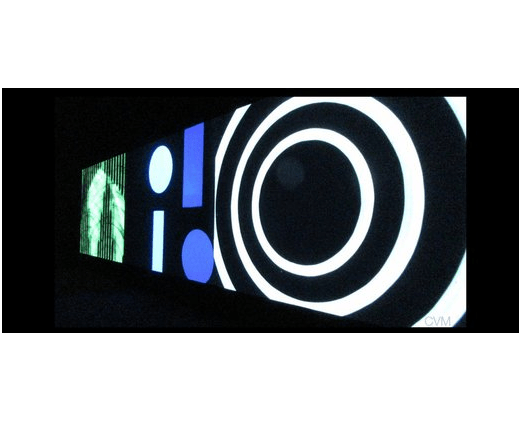 Reconstruction by Center for Visual Music

Presenting a reconstruction of one of the first multimedia projections ever made: Oskar Fischinger’s Raumlichtkunst, first shown in Germany in 1926, and restored and reconstructed by the Center for Visual Music (CVM) in Los Angeles.

In 1926, abstract filmmaker Oskar Fischinger (1900–67) began performing multiple projector cinema shows in Germany with up to five 35mm film projectors, color filters and slides. Fischinger wrote of his concept of Raumlichtmusik (space-light-music), believing all the arts would merge in this new art. The critics called his performances ‘Raumlichtkunst‘ and praised Fischinger’s “original art vision which can only be expressed through film.” These shows represent some of the earliest attempts at cinematic immersive environments, and are a precursor to expanded cinema and 1960s light shows.

Under the concept name of ‘Raumlichtkunst‘, Fischinger performed several different versions of these multiple projector shows in the late 1920s, some of which were called Fieber and Macht (Power). Our re-creation does not strive to represent any one specific performance, rather the concept and effect of Fischinger’s series of shows.