Film Review: The Furnace is an exciting western delivering a history lesson by stealth 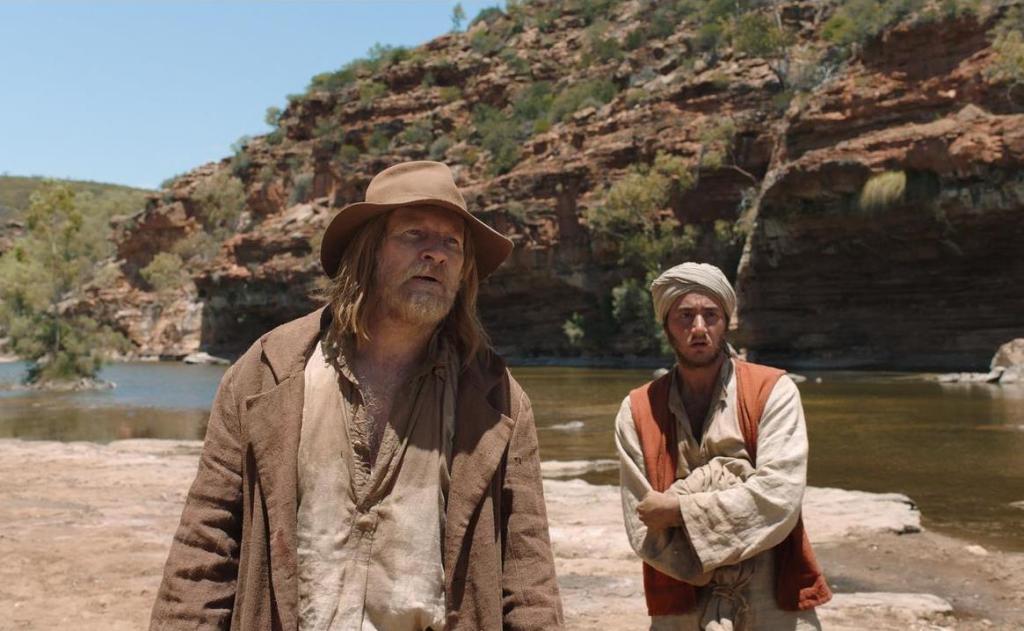 The title of this Australian western refers to a literal furnace that the characters are seeking out in order to melt down stolen gold, but it also evokes the hellish and dangerous West Australian landscape they must travel across. And then it conveys the idea of a violent melting pot where people from many cultural backgrounds have been brought together, and not completely harmoniously. A defining aspect of The Furnace is how successfully it includes characters from ethnic groups that throughout the history of Australian film and television have rarely been recognised as being a part of our heritage. For this reason alone – and there are others – this debut feature film by writer/director Roderick MacKay is worth paying attention to.

Set in 1897 The Furnace begins with scenes of friendship between Afghan cameleer Hanif (Ahmed Malek), Aboriginal Australian hunter Coobering (Trevor Jamieson), and Indian cameleer Jundah (Kaushik Das). Their camaraderie and banter against the vast Australian landscape immediately signals this is a film wanting to show audiences the faces of people who are all too often absent from how we imagine Australia’s past. And although the film soon shifts to specifically focus on Hanif’s story, the diverse range of people he continues to encounter reenforces the importance the role people from India, Afghanistan and Persia played during the gold rush era. They were brought to Australia – many under coercion – by the British Empire to handle the camels that had been imported to cross the deserts, and according to the title card at the beginning of the film, many of them drew upon the expertise of the Australian Aboriginal people, something that European settlers often did not.

And yet while The Furnace feels committed to presenting a side of Australian identity not often recognised, it never feels like a message film or a history lesson. Far from it. This is a bloody and thrilling adventure film that owes more to revisionist westerns than worthy period dramas. It does not have the same confronting intensity of something like Jennifer Kent’s brilliant The Nightingale (which of course may be a relief to many viewers) and is more akin to John Hillcoat’s 2005 gothic masterpiece The Proposition. All three films are comparable for how well they embed commentary about Australia’s colonial history within the framework of the western genre, and all are successful in making that commentary resonate without ever feeling didactic.

This is a bloody and thrilling adventure film that owes more to revisionist westerns than worthy period dramas.

Ahmed Malek is superb as Hanif, whose wide expressive eyes convey his passage from being naïvely determined to make a life for himself in Australia, to becoming bitterly disillusioned. As Hanif becomes harder, Malek plays him with the necessary degree of humanity to ensure he remains sympathetic, even after agreeing to partner with a dubious bushman named Mal (David Wenham) to transport stolen Crown-marked gold bars to a mysterious furnace where they will be melted down and made untraceable. Meanwhile, Wenham delivers a performance that wouldn’t be out of place in a Sam Peckinpah film, presenting Mal as a grizzled and unpredictable anti-hero, who is often on death’s door, way too trigger-happy and completely compelling. Wenham is one of the film’s greatest assets and after being defined for so long for his everyday-good-bloke roles, there is something really pleasing in being reminded what a versatile powerhouse actor he is.

Director of Photographer Mick McDermott makes full use of the barren West Australian desert, often filming key scenes at a distance to emphasise how the indifferent landscape makes the characters look so small and vulnerable. Some of the film’s most striking moments are during these unedited long shots, where minimal camera movements capture scenes of conflict in real-time with a brutal remoteness. One of the best examples of these long shots occurs early in the film, where an unnamed white man commits murder – which is strongly implied to be racially motivated – and the camera distance enhances the callousness and randomness of the act.

The cold indifference of the taking of a life in this powerful early scene has an unfortunate downside in that later pivotal scenes struggle to deliver the same impact. It doesn’t help that the major characters who are more overtly signposted as antagonists never possess the same degree of menace as this briefly seen earlier character played by Andrew Hale, who is simply credited as Older Man. The designated villains are represented as too overtly diabolical and villainous, and feel off-kilter to the rest of the film, which otherwise presents most of its characters as unpredictable and belonging on a sliding scale of morality.

The Furnace remains an impressive example of genre filmmaking enhanced by the filmmaker’s desire to draw attention to usually overlooked aspects of Australian colonial life. It’s a great-looking film that belongs on the big screen, and the large ensemble of characters are for the most part handled extremely well. The Furnace has already gained international prestige through its selection at the Venice Film Festival, and hopefully strong word of mouth will see it attract the wide audience it deserves back home in Australia.

Thomas Caldwell is a writer, broadcaster, film critic, public speaker and film programmer. He is the Artistic Director of the Children’s International Film Festival and can be heard reviewing films on Afternoons with Jacinta Parsons once a fortnight on ABC Radio Melbourne. Thomas’s writing appears on Cinema Autopsy and you can follow him on Twitter at @cinemaautopsy.