Former NCIS Showrunner Shane Brennan has been elected President by the Australian Writers’ Guild’s National Executive Committee, taking over from Jan Sardi.
ScreenHub
[This is archived content and may not display in the originally intended format.] 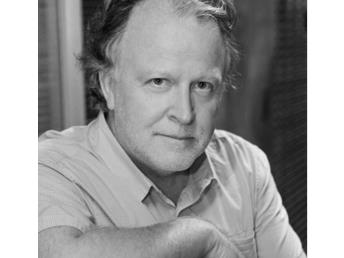 From the AWG Media Release:

‘Shane Brennan has been elected President by the Australian Writers’ Guild’s National Executive Committee, and will assume the office effective immediately.

Brennan has been a member of the Guild for almost 40 years and is best known as the creator and showrunner of NCIS: Los Angeles. Since returning from a 14-year stint in Hollywood, Brennan has set up the not-for-profit, writer-focused organisation Scripted Ink, now in its third year of operation. Brennan and his wife Cathryn have also been responsible for other philanthropic ventures, including co-funding the Guild’s David Williamson Prize.

‘I’m deeply honoured to step into the position of Guild President,’ said Brennan, who replaces Jan Sardi who stepped down in January 2019.

‘I’d like to take this opportunity to thank Jan on behalf of all Guild members for his outstanding service as President over the past eight years,’ Brennan went on to say. ‘The Guild owes Jan an enormous debt of gratitude for his generosity, steady leadership and his unflinching resolve to stand up for the rights of writers.

‘Under Jan’s leadership, the Guild has gone from strength to strength and is now more focused and more resilient than at any time in its history. I look forward to working with Jan in his new position, with our CEO, Jacqueline Elaine, and with the National Executive Committee as we continue the important work of building our industry and ensuring writers receive the recognition and rewards to which they are entitled.’

Group CEO Jacqueline Elaine welcomed Shane Brennan to the role of President and also acknowledged the extraordinary contribution of Jan Sardi to the writing community.

‘This is an incredibly exciting time for the Guild,’ Elaine said of the future. ‘The calibre and commitment of the Board members and the writers they represent is what makes this Guild great and I am honoured and privileged to work alongside them.’

After eight years of outstanding service to his fellow AWG writers as President, Jan Sardi will continue to serve writers having recently been elected Chair of the AWGACS board.

Renowned for his generosity, tenacity and willingness to bring the fight, Sardi has relentlessly given of his time and expertise in order to achieve a better and fairer industry for writers. Before taking on the Presidency, he had previously carried out two terms as a Victorian NEC representative.

‘It has been a privilege to serve my fellow writers as President of the AWG for the past eight years,’ Sardisaid. ‘As pleased as I am with all that has been achieved, none of it would have been possible without the AWG team. To that end, my thanks must go to the members of the National Executive Committee I’ve had the pleasure of serving alongside, to the staff of the AWG, and especially to our Group CEO Jacqueline Elaine, whose empathy and passion for the writer’s cause, along with her tireless energy and vision, are one reason the Guild finds itself in such a strong position.

‘Most importantly, I want to thank Shane Brennan for taking up the torch as the Guild’s next President. With his stature and international success as a writer, creator, showrunner and Executive Producer, Shane will be a brilliant President, the right one to take the Guild into a new era in the fight for writers’ rights.

‘In its long and proud history of fighting for writers’ rights, the Guild has demonstrated time and again that we are a force to be reckoned with. This will never be more true than with Shane Brennan as the new President of the Australian Writers’ Guild.’