Political, psychological, funny and sad – Toni Erdmann is a film of many parts.
Liza Dezfouli
[This is archived content and may not display in the originally intended format.] 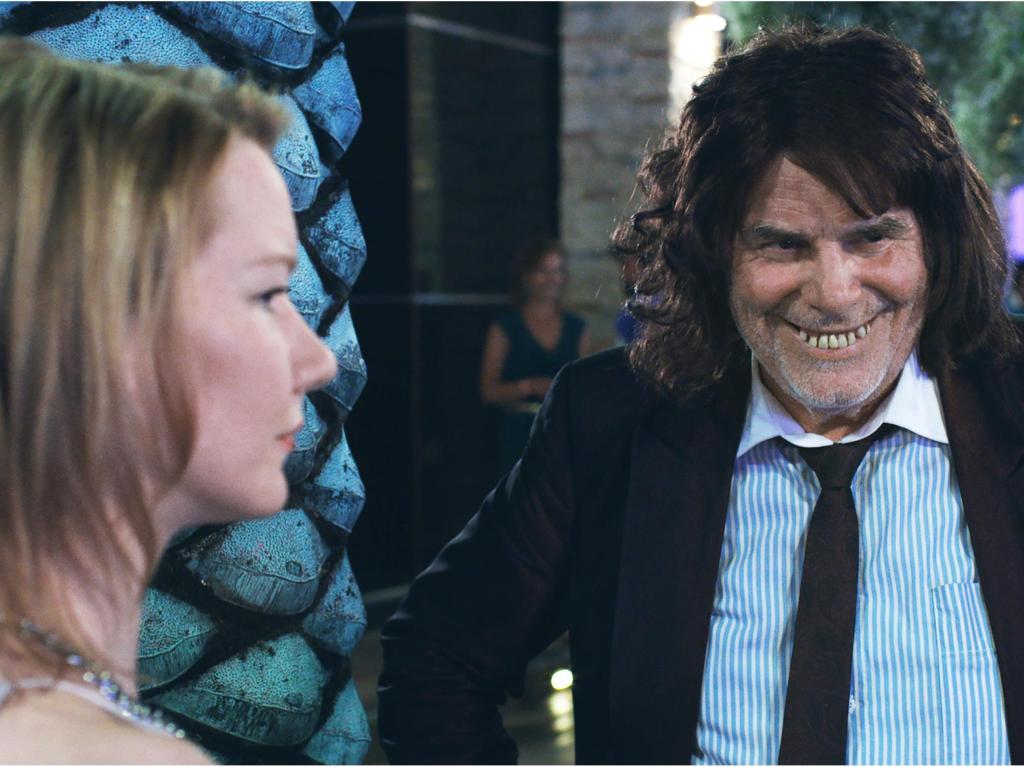 Maren Ade, writer and director of the much loved German film Toni Erdmann was inspired by the personality of her own practical joker of a father when she created the unforgettable and tenacious Winfried, played by Viennese Peter Simonischek. The character of Winfried is a descendent of the jester or clown reflecting the follies and pretensions of the aristocracy back to them, the aristocracy here being his daughter Ines (Sandra Hüller).

Winfried Conradi is a retired music teacher who sees how unhappy and stressed his daughter is in her work as consultant to an oil company with negligible morals. He pays an unannounced visit to charmless industrial Romania where Ines’s employer is about to cut jobs from an already struggling community. The ambivalence for the viewer in watching this film is beguiling – Winfried’s antics while inveigling himself into his daughter’s professional life are excruciatingly embarrassing, yet his persistence in ‘bringing her back to herself’, so to speak, is (mostly) admirable. Winfried’s judgement is askew, in particular when he lets himself into his daughter’s flat; in his crazy guise as an unconvincing life coach he imposes on Ines to the point of stalking her, but his behaviour carries one of the film’s themes about being one’s flawed self, making mistakes while living according to one’s values, regardless.

This is the story of a dad’s love for his daughter, which makes it sound overly heart-warming and uplifting, whereas Toni Erdmann is interesting, funny, poignant, subtle and deep. And political, with its sharp observations on capitalistic greed. The film is touted as a ‘comedy with a difference’ and while there are moments of semi-slapstick humour, for example, the scene in a restaurant when Winfried, in disguise, overhears Ines complaining unkindly about him to acquaintances, there are sad glimpses of distance and isolation. The film manages to be both light and uncomfortable in tone, especially uncomfortable in the scene where Ines and Winfried wait for a lift, and even more uncomfortable in the ‘petit fours’ sex scene with Tim (Trystan Pütter).

Toni Erdmann is a long film, meticulously forged from over 100 hours of footage. Details of business dealings allow plenty of time for external plot stakes to be understood while the emotional story dominates. There are surprises yet the film is balanced, carrying the viewer along with original, rhythmic storytelling and staggered reveals. Events are foreshadowed, paid off and rounded off, and the story finishes on a perfect, silent, ending. Metaphors are created visually (glimpses of the vulnerable penis are reminders of compromised masculinity), and in obvious yet elegant actions: Ines performing an impromptu household recital of The Greatest Love of All is one of several turning points. It’s worth noting the performance of Ingrid Bisu as Ines’s Romanian assistant; a reflection of a younger Ines, perhaps. The funeral scene near the end nods to the theme of human greed and compromise.